Who is this Shida? 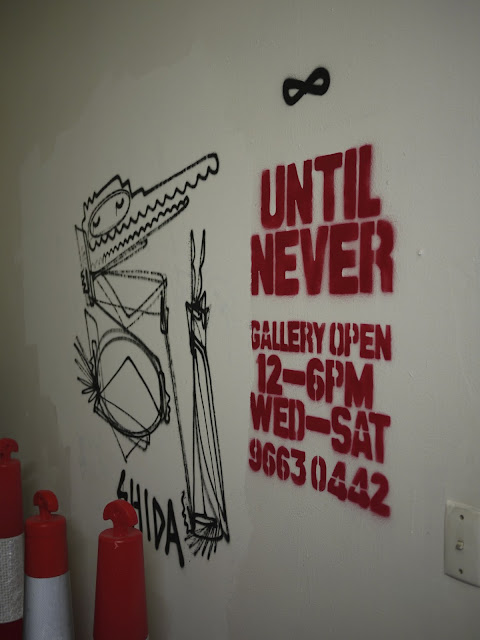 "You've probably seen his work before." I say to my friend on our way to Shida's latest exhibition at Melbourne Until Never Gallery. He's hard to miss, head down to the Valley or one of the usually sparse back street alleys of Brisbane and you're bound to see his work there. In Melbourne's Hoiser Lane, Shida's other worldly characters stand out amongst the outdoor gallery and tourist cameras that has become the lane way.


We walk up a seemingly never ending staircase with no air conditioning, on a painfully hot Melbourne day to see Shida's newest exhibition, 'Crystals of the Colossus,' I swear to her it's going to be worth it. When we get there it's obvious why Shida with his clearly defined style is fast becoming one of Brisbane  street art's most recognisable names........

Art Collective: So how did Shida come about?


Shida: The pseudonym itself I came up with about 7 years ago looking for a "tag" to write graffiti with. Not to much thought went into it, i was 14 and just wanted something that sounded Japanese.

AC: What does a typical day for Shida entail?


S: I wake up around 11am, check my emails, try do something proactive with my art whether its working on paintings, things for the street or just having a sketch. Go for a wonder, hangout with my girl friend, play video games. I think I pretty much have the easiest lifestyle possible.

AC: In your work we see these reoccurring eccentric, seemingly intergalactic characters. Who are they and where did they come from?


S: Stylistically my characters developed from using continuous lines and repetitive natural strokes, making them ideal for painting quickly on the street without plans. This evolved over time into what I do today. The characters themselves are all involved in a world of my own imagining. The more I paint the richer this world becomes. While I have narratives sometimes running through my mind and in the painting these are constantly changing.


However it like everything else is just a small part of the whole picture.

AC: Your work must keep you busy , do you think your painting has become an extension of yourself?


S: Completely, I am Shida. When I work through my art on the streets and canvas I feel like I'm communicating with the world on a deeper level than in any other way in my life.

Is there a distinction between your street works and gallery pieces?


S: There is definitely a distinction. The the street offers freedom of scale, and has no commercial over tones, while studio work has no time constraints and allows for a greater variety of mediums. I'm definitely illustrating the same world in both but the approach and intent are different.

AC: What part does  the space/ the environment play in designing a work for the street?


S: Well I prepare most my stickers and posters and then go out and just find some where they will fit. However when painting on the street I never approach a wall with a plan, that way I can make the best possible use of the environment.

AC: Favourite surface to work on?


S: Pro Tip :)
Boil water and mix in flour, cooking till boil. Aim for the constancy of shampoo. Add sugar for stickiness and salt to deter slugs and to avoid freezing in colder climates. Add as much pva glue/ fabric medium/ gel medium as you can afford to salvage up, the higher the chemical content of the glue the lower chance the pasteup has of rotting in damp/dirty environments.

AC: If you could paint any wall, anywhere, where would it be?

Check out some more images from Shida's exhibition at Until Never Gallery. All photos by Devika Galardi 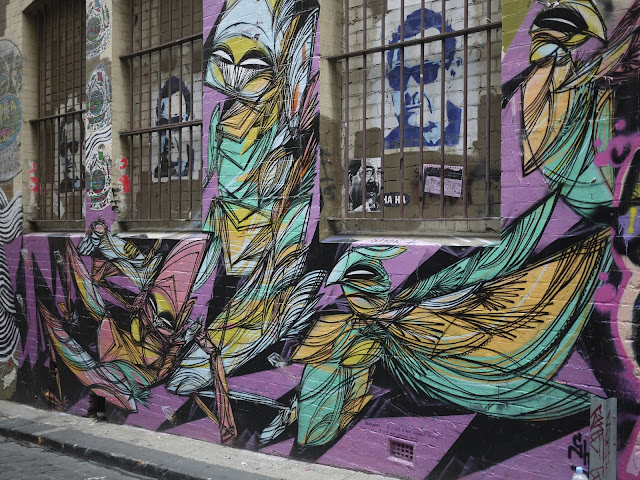 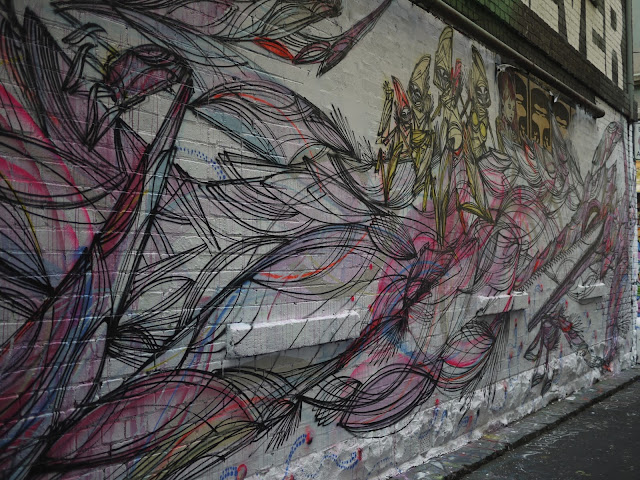 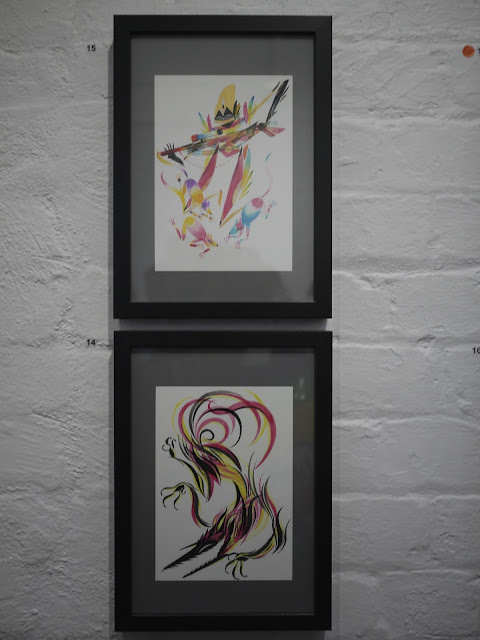 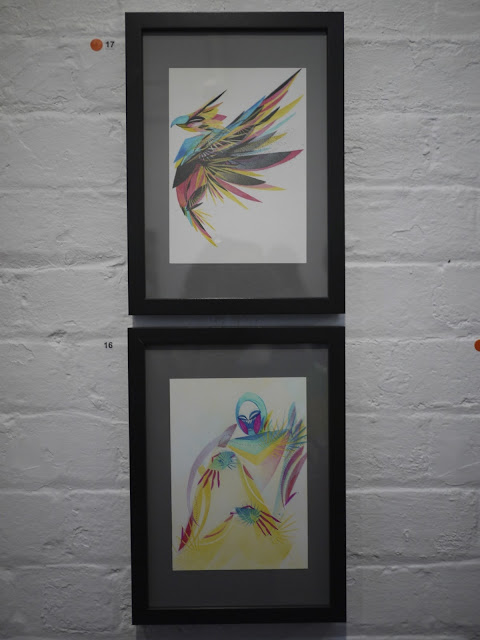 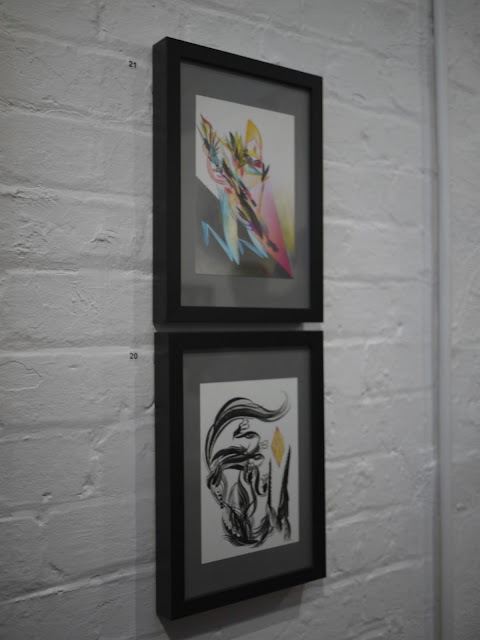 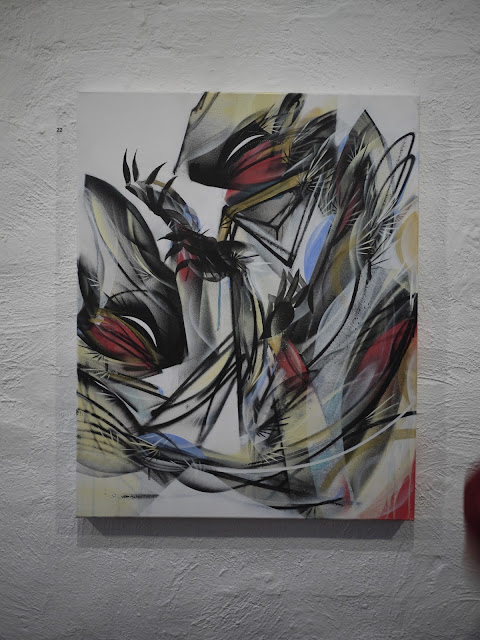 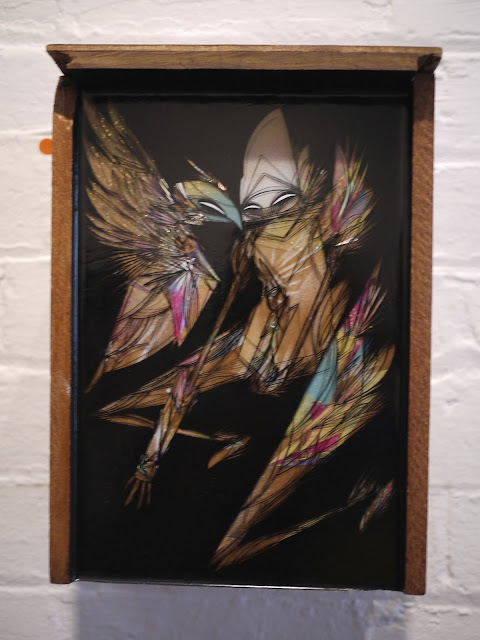 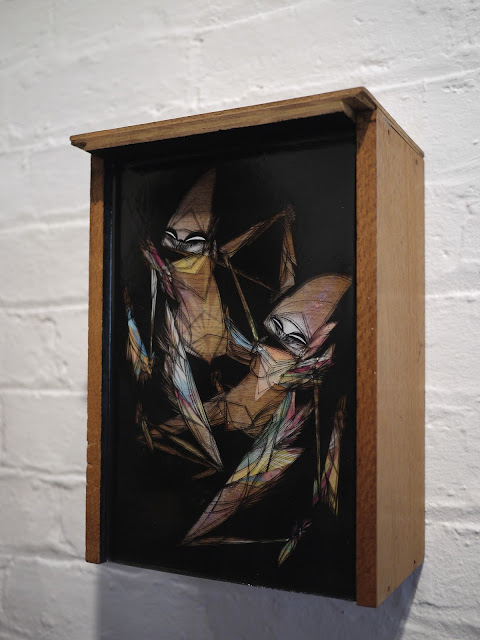 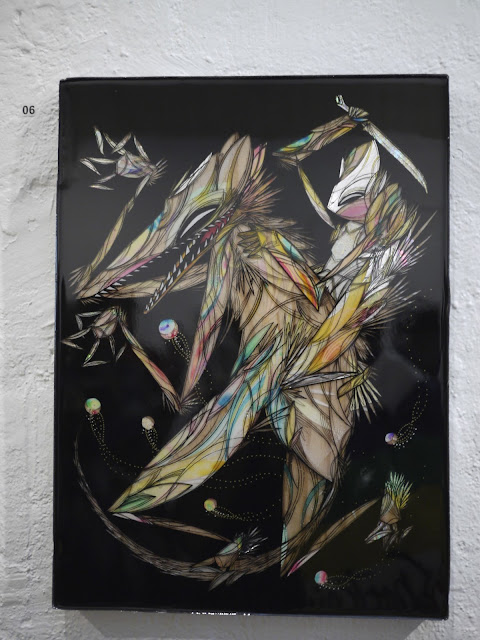 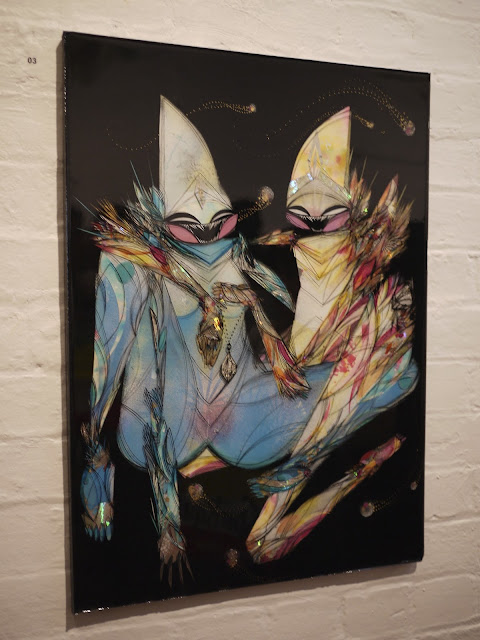 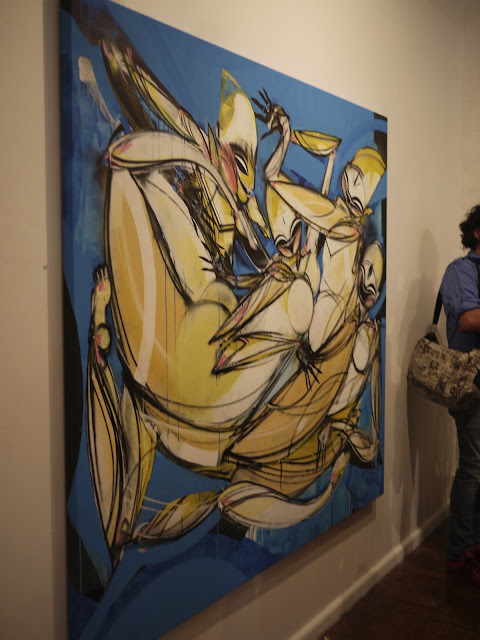 Posted by Art Collective at 2:51 AM

Art Collective
Looking at the Brisbane art scene through the eyes of two art history students.